A History of Camp Wapomeo 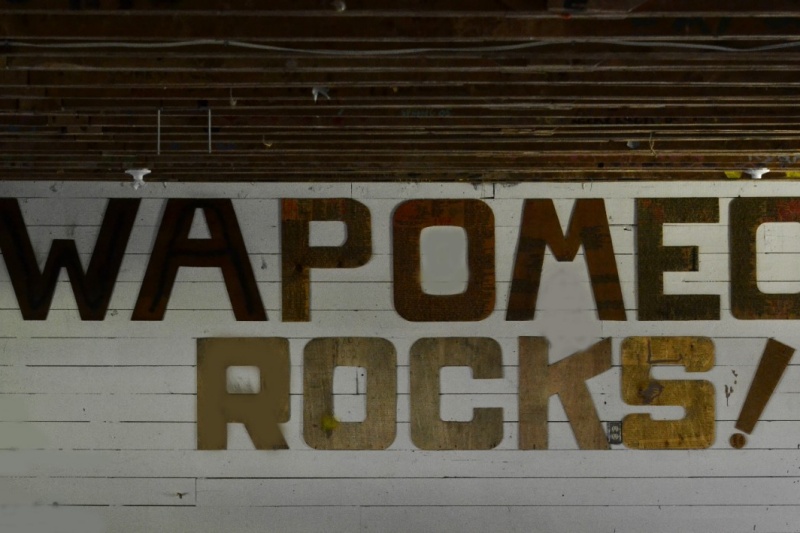 A boys camp was arranged and about 20 boys got to experience nature on a location in Carleton, kindly loaned by a Mr. C.C. Burrill.  Camping was dear to the YMCA Directors’ heart. For the summer of 1922, Mr. Bill Bell enlisted the help of the Ladies Auxiliary in raising funds to provide tents. He accepted Andrew Kirk’s offer to oversee the building of a cook house, and got the senior boys to do the carpentry, for which the ladies provided the lumber.

Two years later the camp equipment was increased by the acquistion of a Motel T Ford truck, which was made possible by selling a motorbus, which Cosmos Imperial mills had donated.

The property was purchased in 1926. By 1947 the camp had developed into one of the finest in Canada and was providing camping experiences to over 200 boys and girls each summer.

The FIRST camp on record conducted by the YMCA is described as follows by W. J. McCleery, who was the Y General Secretary and in charge.

Down by the Bay

Down by the bay
Where the watermelons grow
Back to my hme
I dare not go
For if i do
My mother would say:
Did you ever see a Leaf with a sun = burned knee?
Down by the bay!
Day’s don, gone the sun
From the lakes, from the hills
from the sky
All is well, safely rest

Lou Buckley, of the National Council of YMCA’s in Canada, was at the Yarmouth camp in 1923. The following was related by Nate Bain at an alumni reunion dinner 70 years later. “When Mr. Buckley crawled from his tent at day-break, he stood some time watching the sun coming above the trees and listening to the birds praising their maker. Lou called to Bill Bell, the camp director. “Bill you must name this Camp Wapomeo. It means in the native tongue, laughing birds or happy place.” And so, Camp Wapomeo came to be.

Nate Bain used every one of his interests and fields of expertise to develop the inner essence of the young people with whom he was involved.

In the late 1920’s, when Nate first became involved with the local YMCA, all sporting activity revolved around the Y’s facility. The schools did not have gyms or phys.ed teachers, so the “Y” filled that role. The “Y” was the place to go, and Nate’s teams were well trained. His philosophy was sometimes at odds with those of his players. He believed that the game was the thing, while many of his players thought winning was the goal. Fortunately, his coaching was of such a calibre that the aims of both sides could be achieved.

Nate had great expectations for those under his guidance, and for the most part, these young people – hundreds and hundreds of them – went on to prove that his faith was justified.

Camp Wapomeo was the summer home for the Bain family for many years. Nate served as Director, and wife Ernestine as camp nurse. His four youngsters were proof that their father played no favorites. In his early days at Camp Wapomeo, Nate would sit for hours – long after everyone else had bunked down for the night – watching the glow of the campfire. It was here that he planned, and dreamed, of the future of the camp.

Retirement meant that Nate could spend his mornings on Main Street, enjoying the social aspects of being one of the towns most sought after raconteurs. Part of that routine brought him into my pharmacy to post his mail or attend to other errands. This process alone took about an hour, for many of his friends had come to recognize his punctuality in arriving here. I’m not sure what he did for those others he talked to while in the store, but I do know what he did for me. We may have exchanged words, without fail, it left me increasingly confident in the road I have chosen to travel.

To me, Nate was a very special friend, indeed. Teacher, advisor, councilor, confidant – molder of youth and spirit. Nathan Bain – was a gift to all who knew him. Camp Wapomeo stands as a permament memorial to Nate, and alumni all across the country can help insure this memory continues well in to the next century. – Jim MacLeod, Camp Wapomeo Alumni Consistent with our Child Protection Policies, we do not allow anyone (including parents), to take pictures of children while in the pool, or other activities in the YMCA. This is for the child’s protection.

Where Did Community Go?